Fabricated not just to include another addition to the silverware collection of Beliram, this vibrant art piece is made to kindle creativity and finesse. The fluted design of the body also gives a soothing texture, evoking a sense of gratitude for whoever contributed to the crafting of this nonpareil work of art.

The big silver bowl rests on a rose quartz pedestal which proves to be the ultimate conversation starter. Speaking of which, rose quartz is known as the healing crystal and helps in welcoming positive energies through love and emotions. Considered immensely fortunate to own, rose quartz also has a very appealing aspect for its eye-catching baby pink colour.

Including the auspiciousness of silver and rose quartz together, this silver artefact has a fair worth. Due to the said reason, it acts as a valuable asset, making it ideal to hand down as an impeccable heirloom. No one would probably want to change the appearance of the opulent epitome of panache, just in case someone desires to, the bowl can be tailored accordingly.

There are no reviews yet. 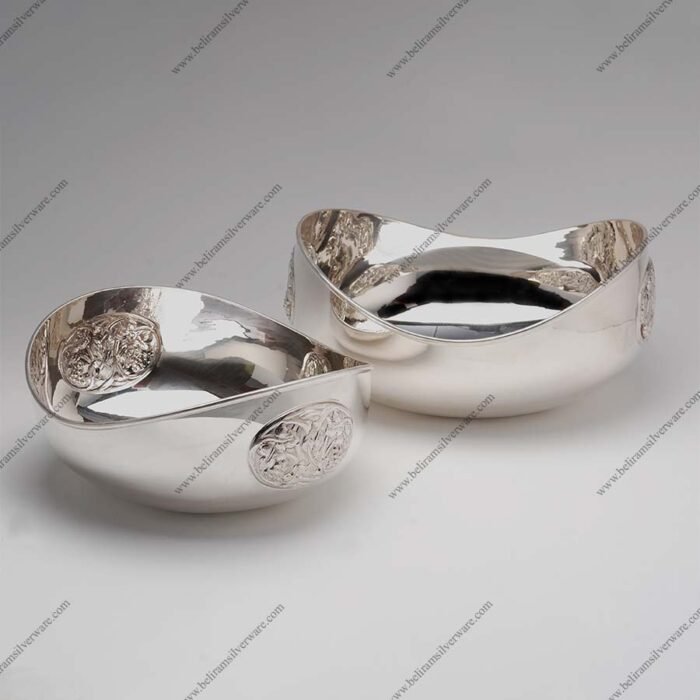