The sublime elegance of this exquisitely-crafted silver coin from Beliram has rendered it the subject of much awe and genuine appreciation, for a coin of this kind pays supreme obeisance to the fundamental rigors of supreme craftsmanship that invoke the most exalted grace and bountiful generosity of Laxmi and Ganesh, whose centrality in Hinduism merits them much adoration and reverence.

The coin invokes a variety of stupendous themes to exemplify its aesthetically-pleasing construction: for instance, the carvings of Laxmi and Ganesh have been undertaken with an unconventional elegance, whose prominence and foregrounding has been subtly significant. On the other hand, diligent adherence to authenticity has allowed for a tepid yet scintillating atmosphere to be emblazoned prominently across the lower half of the coin. Evoking the panache of Ganesh and Laxmi, this silver coin from Beliram depicts them perched effortlessly on their floral thrones of authority, whereas the profusion of water, whose depiction necessitated craftsmanship par excellence, undergirds their placid and incontrovertible position in the pantheon of gods whose adoration plays a significant role during a litany of festivals and other sundry occasions commemorating auspicious events.

Owing to this, this silver coin is a very appropriate and baroque gift for occasions such as Diwali, Dussehra, baby showers, wedding anniversaries, annual commemoration of corporate milestones, and events commemorating crucial life events. To lay emphasis on their envious construction, these coins are suffused generously with a layer of anti-tarnish and are duly hallmarked; moreover, they also bear a chiliadal fineness of 925. One can never have a brook with a silver coin as awe-inspiring as this. 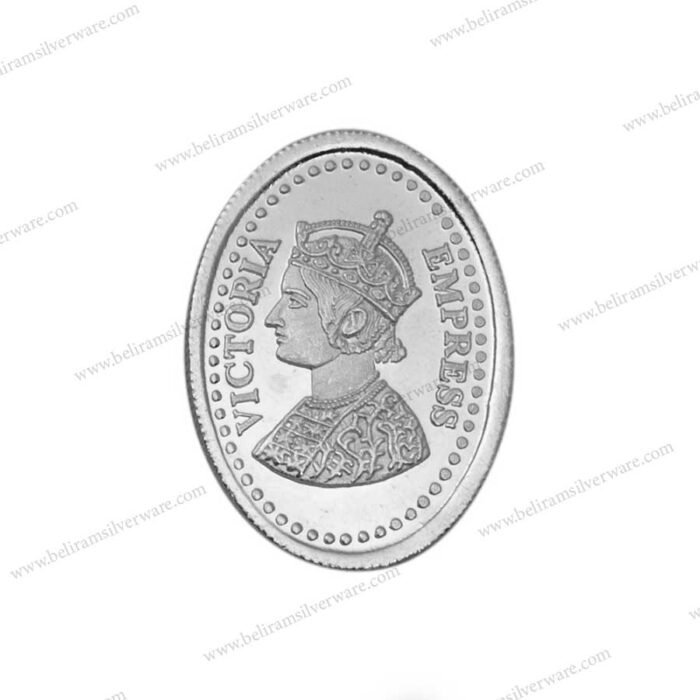