Conceived around a circular base, this silver coin is tremendously influenced by thematic elements of both the divine and astral, whose personification we find in the rectitude-laced figures of Ganesh and Laxmi. Synonymous with prosperity and auspicious circumstances, the two figures have been chiseled with fine craftsmanship, the efforts of which manifest very splendidly. Ornate elements adorn the silver coin, and the divine figures have been conceived with an impeccable attention to detail.

Elaborate chisel-work enmeshed in the figures of the gods render them a true visual spectacle, and due emphasis has been placed on replicating their glorious features with uncanny precision and superior enhancements. To make them impervious to the elements, the figures have been splashed with a veneer of golden, which constitutes a robust anti-tarnish and also ratchets up the appeal of the silver coin by a significant degree. The Devanagari aphorism of “Shubh Labh”, a prominent spectacle proclaimed in a variety of settings, has been inscribed at the upper edges, whereas the lower edges bear the respective thematic appendages over which the two gods are featured: whereas Laxmi is rampant across a tranquil body of water, Ganesh is featured perched elegantly over a bevy of bricks.

Embossed circular elements are also prominent radially across the silver coin. Vouching for the silver coin’s unimpeachable authenticity are its chiliadal fineness, which stands at 925, and its hall-marked bona fides. Owing to this silver coin’s exquisite appeal, we recommend that this as a gift in a variety of settings, including but not limited to wedding ceremonies and anniversaries, baby showers, festivals such as Diwali and Dussehra, and so on and so forth. 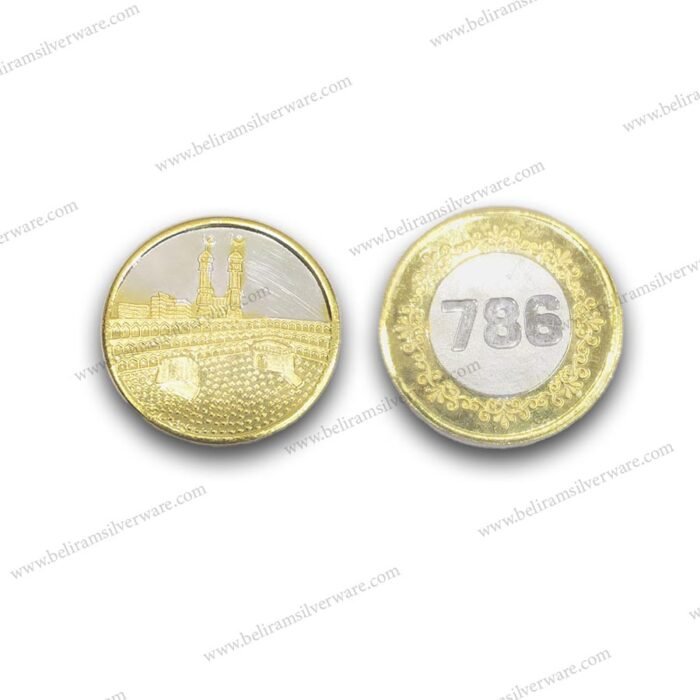 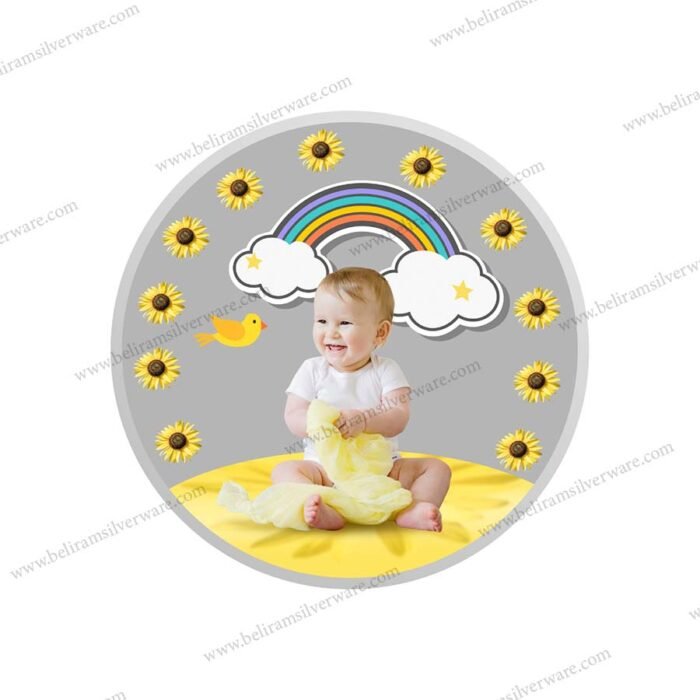