Its decorous outlook is only eclipsed by the sheer nature of its tranquil build, which is bolstered by the generous application of veneer that renders it impervious to the elements. Of the utmost abstraction, it wields remarkably effortless elegance. The abstraction afforded to this immaculately-conceived silver serving tray is of the most rarefied kind; trundling across its very sinews are arcane edges whose resplendence precedes itself. The edges are fashioned into a pendulous kind; they crest and trough periodically, and yet, retain a degree of obfuscation necessary to infuse it with entropy and randomness.

This peculiarity is endemic to avant-garde contraptions of this nature, for they exemplify the degree of abstraction extant in such astounding artifacts. Creating effortlessly, the edges fuse with characteristic finesse, wielding a subtle degree of menace. On the contrary, the interior encasement bays to narrate a tale of the most warped kind: encased within are arches and other upwardly-emanating crests that afford an amorphous heft to the centrality of the artifact. Owing to the undulating nature of the surface’s topography, light incident on its surface radiates outwards in relatively incoherent and variegated patterns, synthesizing a scintillating melange of outwardly shimmer.

The silver serving dish has been burnished extensively and painstakingly to foist upon it its unrelenting resplendence. Conceived with an unrelenting knack for perfection, the chiliadal fineness of this impeccable silver serving tray is 925; given its versatility, it is appropriate for a wide variety of occasions, including but not limited to wedding ceremonies and anniversaries, birthday parties, baby showers, and festivals such as Diwali and Dussehra. 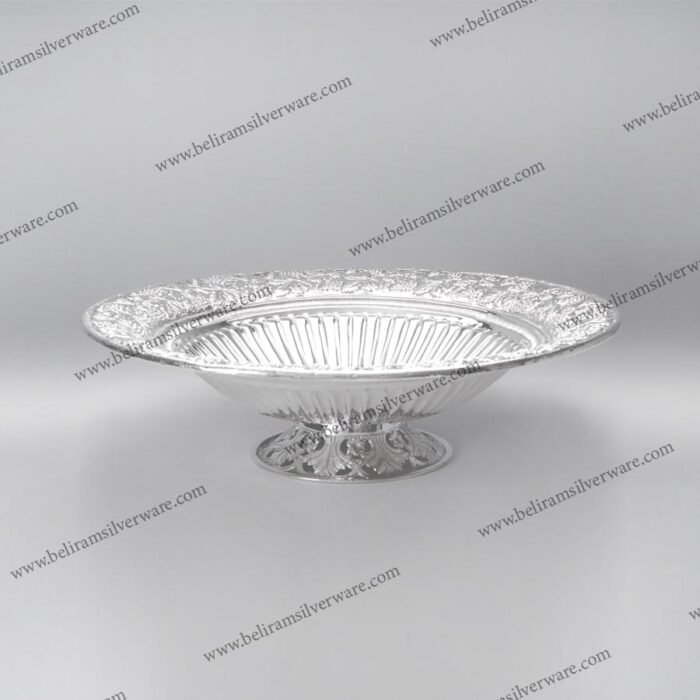 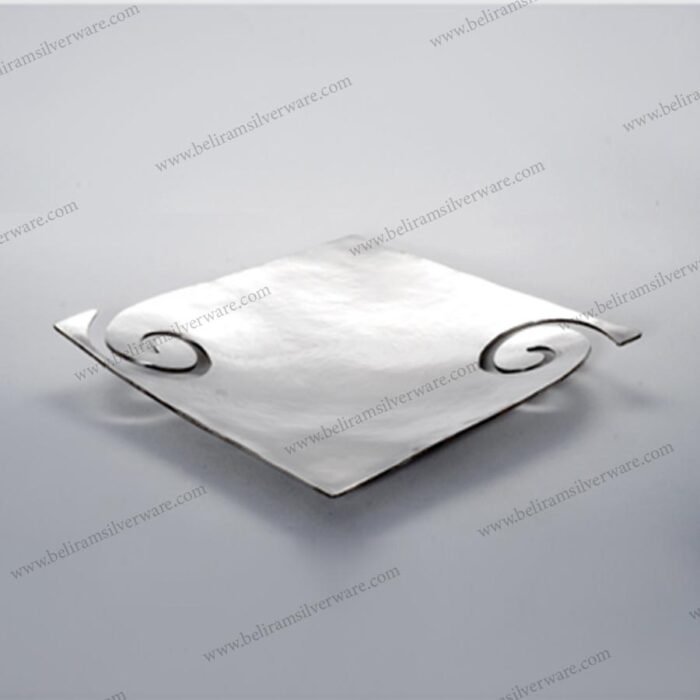