An amazing insight into the adroit craftsmanship of Beliram becomes evident by the passage of this belletristic silver thali conception. Conceived with an effortless panache, the silver thali encompasses a litany of features in the form of motifs and other adornments that render it a harmonious fusion of eclectic salience. The chisel-work has been etched and undertaken with the most meticulous of supervision, the likes of which you are likely to encounter in baroque pieces of abstraction. This unyielding tenacity has played an instrumental role in endowing this elegantly-conceived silver thali collection with the zest necessary to evoke awes of admiration and grandeur.

The silver dinner set design plate, whose radiance eclipses its majestic construction, has been fabricated with a fluted inspiration: flute-rimmed adornments radiate from the centerpiece, which itself has been subjected to an apparently interminable burnishing process to lend it its characteristic sheen. These fluted adornments, despite their chiseled origin, are unblemished: nothing in the slightest alludes to the idea that it is a chiseled conception. On the contrary, the unblemished, svelte, and gossamer surface reposes faith in the notion that it is a rather ethereal contraption. Moreover, a distinct aspect of these fluted adornments that renders them the first among equals are their undulating extremities, which manifests in a pretty winsome fashion.

The beverage tumbler too, as a matter of fact, bears testimony to this effect, and despite its outward opening, its slender physique evokes nothing but eyes of admiration. The set bears a chiliadal fineness of 925, and bears all the necessary credentials that attest to its hallmarked characteristics. Appropriate for a variety of occasions, we recommend it as an ideal gift for baby showers, wedding ceremonies and anniversaries, festivals such as Diwali and Dussehra, and so on and so forth. 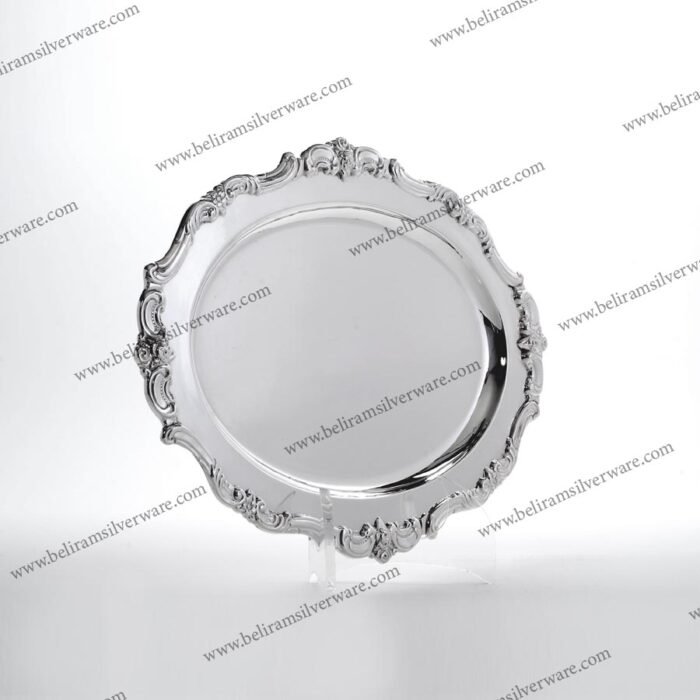 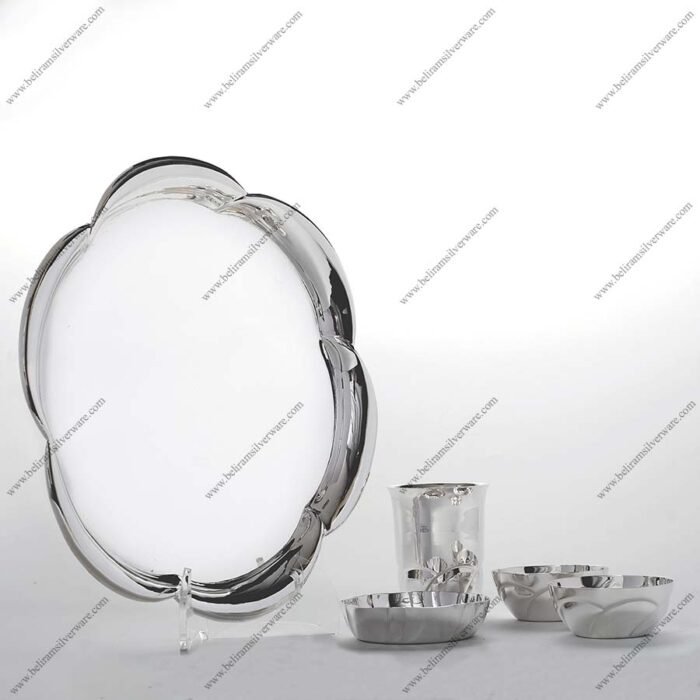